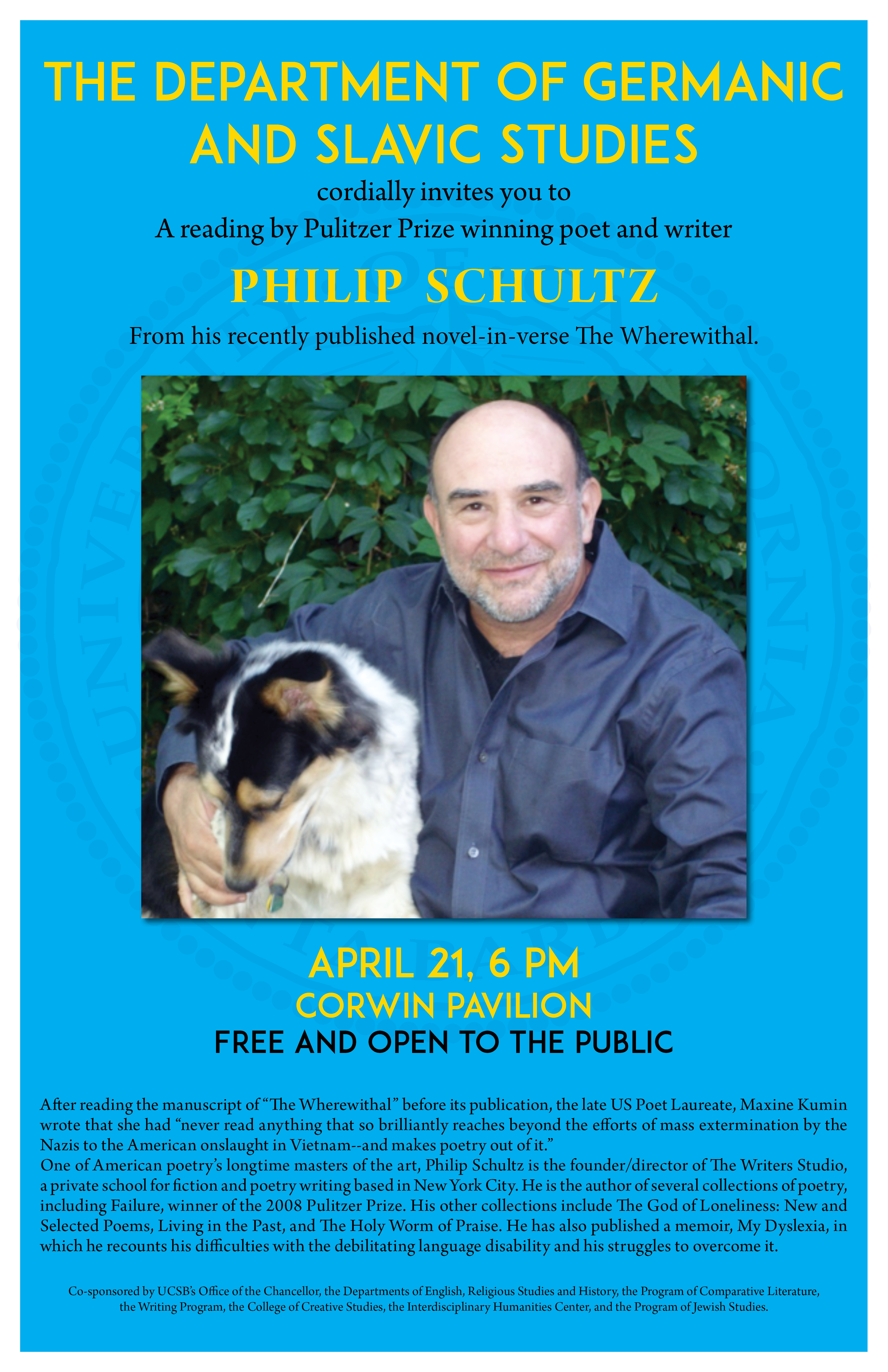 The Department of Germanic and Slavic Studies cordially invites you to attend a reading by Pulitzer Prize winning poet and writer Philip Schultz from his recently published novel-in-verse  The Wherewithal:

Free and open to the public.

After reading the manuscript of “The Wherewithal” before its publication, the late US Poet Laureate, Maxine Kumin wrote that she had "never read anything that so brilliantly reaches beyond the efforts of mass extermination by the Nazis to the American onslaught in Vietnam--and makes poetry out of it."

Event flyer can be found here.

Throughout the academic year 2014-2015, we invite all our students to attend the Interdisciplinary Humanities series of events on "The Anthropocene: Views from the Humanities":

In the past, the Department has organized or co-organized international conferences on a variety of subjects, such as:

Torture and the Future. Perspectives from the Humanities (Thirteen public events, January-June 2007)

Eye Or Ear: Walter Benjamin On Optical And Acoustical Media (2006)

Calculating Images. Representation by Algorithm in Science and Art (2005)

Irreconcilable Differences? Jacques Derrida and the Question of Religion (2003)

Packrats and Bureaucrats: Study in the Archive (2001)

Over the last few years, the Department has also organized the George Wittenstein Lecture series.