Professor of Russian at UCSB from 1965 to 1981. He was honored by the UCSB Alumni Association with a their teaching award in 1992. The Systemwide Academic Senate of the University of California featured the following tribute to Dr. Kaspin:

Click here to read the tribute to Dr. Kaspin.

Professor of German at UCSB from 1964 to 1971. The Systemwide Academic Senate of the University of California featured the following tribute to Dr. Steinhauer:

Click here to read the tribute to Dr. Steinhauer 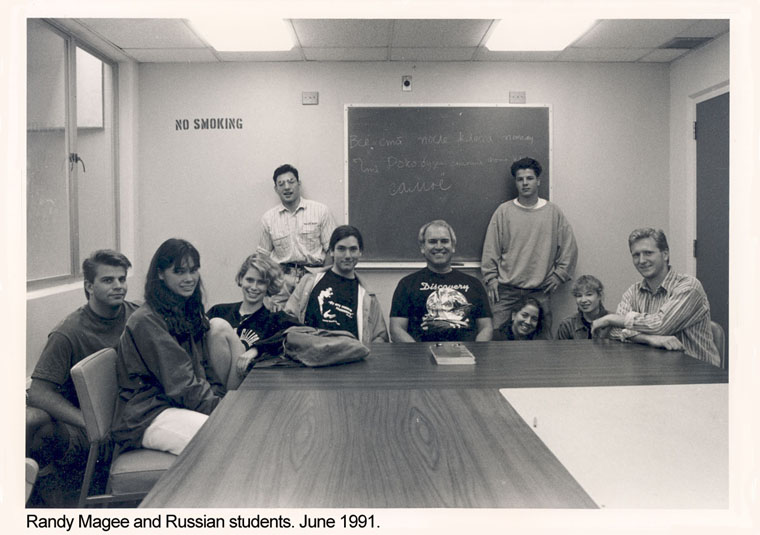 While teaching at UCSB Randy served as the Resident Advisor to Russian House, Advisor to the Russian Club and introduced and developed the Foeign Language Olympiad, a foreign language competition for high school students held annually in the early 1990s. Randy was also active in the Southern California Russian language teaching group.

A memorial service, conducted by daughter Kimberly, was held in Santa Barbara on April 11, 1995. Family, friends, colleagues and students gathered to share humorous stories and reminisce about Randy. The department established a scholarship fund in Randy's honor to be given to the outstanding student majoring in Slavic studies.